The Pivotal Players: St. Ignatius of Loyola – The Founder

Bishop Barron's feature-length film on St. Ignatius of Loyola is free to watch right now. But it's only free for six more days. If you're interested in watching it, you can follow this link.

If you're wondering what the film is about, check out the trailer below.

Three Habits to Get the Most Out of Lent | Bishop Barron

So, I'm a little late in sharing this, especially since there's only a few Sundays left before Easter Sunday. However, the content in this video is so good, I can't help but share.

Pray, fast and give alms. That's what us Catholics should be focused on during lent. But what do they mean? And how do we practice them? Bishop Barron covers them really well in this Sunday sermon.

And even if you're not Catholic, watch it anyway. It's only 15 minutes long. There's some interesting ideas on self-discipline and helping the needy covered in the video. Surely, you don't need to be religious to be interested in that.

It was a particular joy for me to visit the sites associated with St. Ignatius of Loyola on a recent film trip. But the most moving locale was a little church in Manresa built around the cave where the young Ignatius spent about nine months preparing himself spiritually for his life’s work. What he learned at Manresa is that our attachments to various created goods—money, power, pleasure, and honor—stand in the way of our responding to God’s will for us. ~ Bishop Barron

This post is Day 53 of my #100DaysToOffload challenge. Visit https://100daystooffload.com to get more info, or to get involved.

The narrative that science and Christianity are enemies is false. Not only are they not enemies but Christianity helped science develop beyond the limits imposed on it by ancient cosmologies.

I know, right? The title seems absurd, even for me as a Christian. But, keep an open mind and listen to Dr. Stacy Trasancos make her case. In this free sample lesson from Word on Fire, she discusses ancient culture and the history of science. Culminating in how it all led to the modern science that we have today.

While Catholic teaching maintains that God operates within the universe, it does not go all the way to saying that God is the universe. Rather, we say that God created the universe and holds everything in existence. The universe is not God, it is God's creation — God's handiwork. This nuance puts science in its place, as the study of the handiwork of God.

This post is Day 22 of my #100DaysToOffload challenge. Visit https://100daystooffload.com to get more info, or to get involved.

The Word on Fire Bible | The Gospels 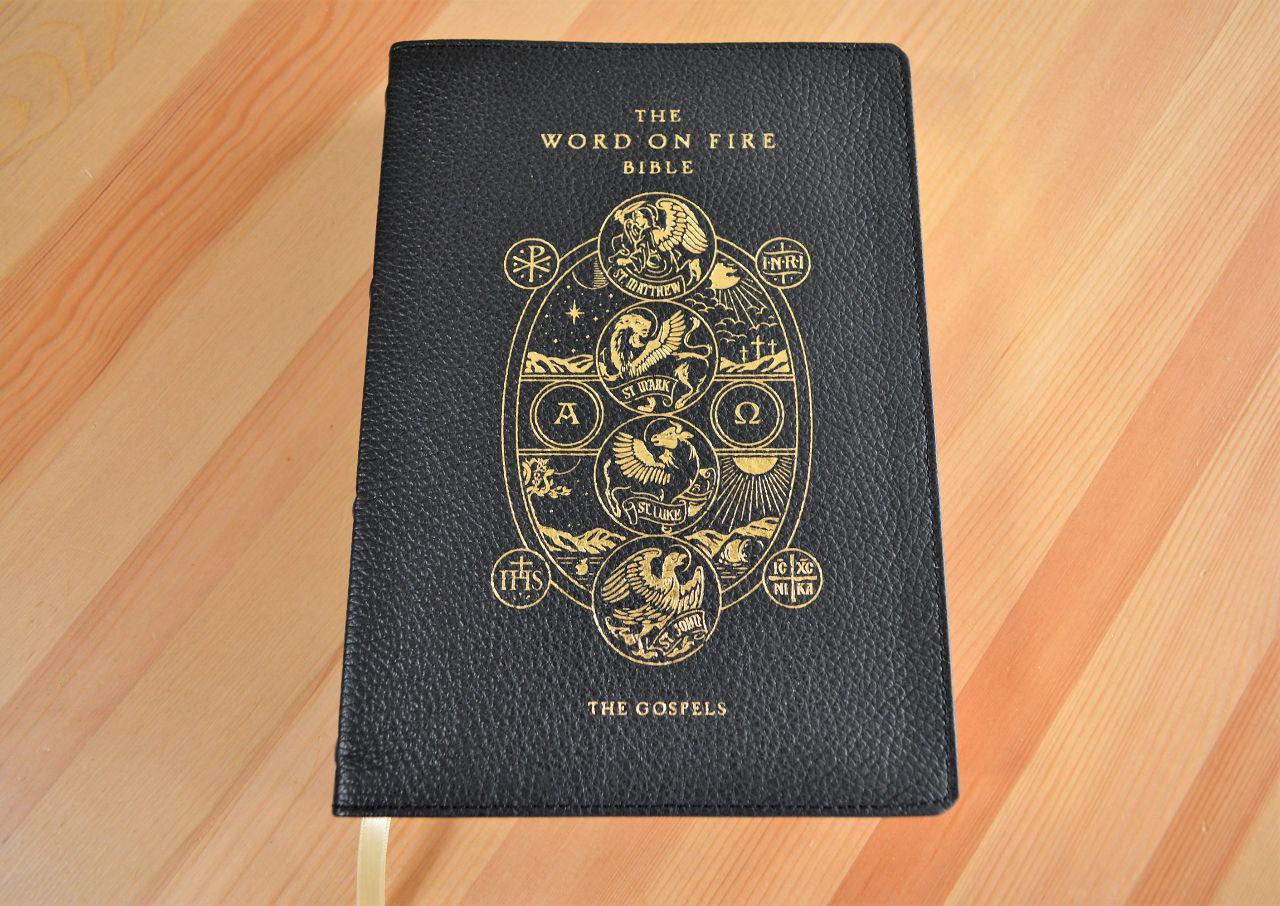 Last week I received an advanced copy of the beautiful Word on Fire Bible in the mail. I tried to do it justice, but I'm not that good with a camera.

A really good introduction to the sacraments of the Catholic Church. It also covers the first sacrament, the sacrament of Baptism. Questions like: What are the sacraments? Why are they the most important thing in the world? What is the fundamental sacrament? What happens when people get baptized? How is grace tied in to the sacraments? And more questions are answered in this episode.

One of the most enlightening parts of this first episode for me, was when Bishop Barron talked about the duties of a baptized Christian. As a baptized Christian, we are priest, prophet and king. What does it mean to be a priest? How do we live out our prophetic duties in today's world? And what are our kingly duties in modern society? All those are covered in this episode.

Here is a trailer to the first episode.

And if you're still interested, here is the link to the first episode that you can watch for free: The Sacraments – Lesson One: Introduction and Baptism

Bishop Barron on the Coronavirus, Catastrophe, and Contingency

All it took was for me to watch the intro to this video and I was hooked. You don't even have to be religious to be intrigued by what was said in the intro. Bishop Barron doesn't even mention the word “God” until the last 2 minutes of the video.

He goes on to discuss about contingency and contingency of the world. I was blown away. It's something I've never even considered or much less thought of.

I knew Kobe Bryant only as a basketball player. I remember owning a pair of his first shoes from Adidas, the Crazy 8. He was a spectacular basketball player. The only other player that came close to being considered another Michael Jordan. This article though, talks about a different side of him that I never knew existed.

Link: Kobe Bryant and the Three-Point Lesson of His Life

Failure and even scandal are a part of Kobe’s life too. Suffering is a quick litmus test of what lies underneath all of the talent. In another interview, Kobe spoke about how he found his faith after dealing with some serious allegations of sexual misconduct. He said, “You can know [that God is great] all you want, but until you have to pick up that cross that you can’t carry, and he picks it up for you, and carries you and the cross . . . then you know.”

Man that's deep. Something that you'll only hear from someone who was weighed down with a heavy burden. A heavy cross as he says.

I'm subscribed to the Word on Fire newsletter. I've recently learned that Bishop Barron did another podcast with the guys at Mind Pump Podcast. Before listening to the new one that he appeared on, I tried to the listen to the first one. What I found was a wonderful, really good introduction to Christianity and God. Whether you are a believer or not, there is something for everyone in here.