Then on the next game, the Mavs get another win against the Magic. They're starting to play better as a team now. Luka is also starting to play like the MVP candidate that critics say he is. He admitted to being out of shape when the season began. But he is starting to look like the competitive Luka that I saw in last season's NBA bubble in Orlando. Things are now looking good for the Mavericks.

Managed to get some exercise done while watching the Dallas Mavericks vs Denver Nuggets game. Not a bad way to watch the game. 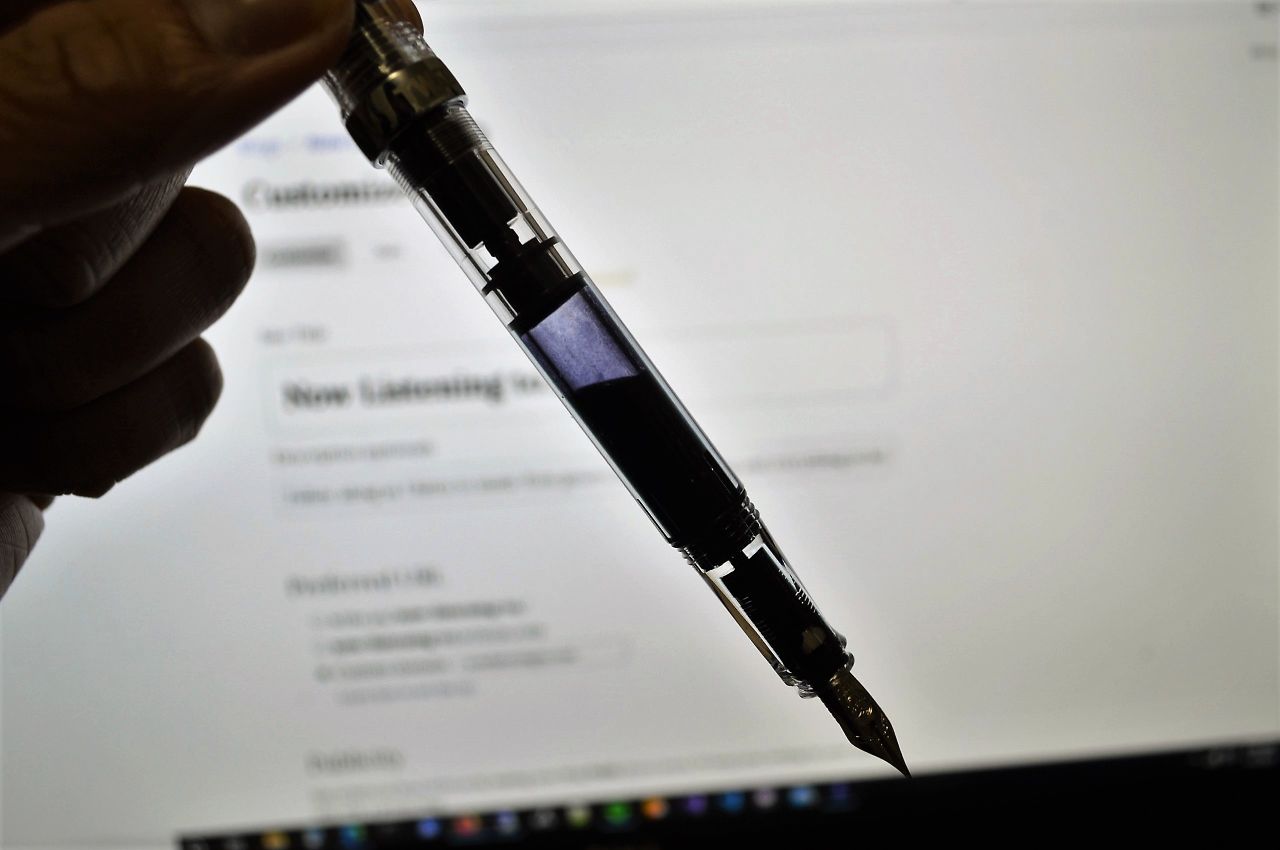 One thing I really like about the TSWBI Eco-T Fountain Pen is the transparent ink reservoir. Makes it easy to see how much ink is left. It is also fun to see the ink sloshing inside the reservoir.

One thing I don't like about it, is that it feels scratchy when writing. I tried flushing the pen to see if it improves ink flow. It did improve ink flow a little, but it was still scratchy.

So, I tried changing the way I gripped it. I usually hold pens in an unconventional, almost upright manner. I tried holding it in a more reclined angle. And now more ink is coming out. The more reclined I hold the fountain pen, the more ink comes out and the less scratchy it feels. It's actually starting to feel great writing with this fountain pen.

Halfway through The Light of All That Falls. I’m constantly astounded at how grand and epic the story is. It is a story spanning thousands of years. And yet, they all weave in together beautifully. It is probably the most complicated story I’ve ever read. But it is complicated in a good way. It makes me wonder how in the world the author even thought of writing a book like this.

“All fear arises from love; since no one fears save what is contrary to something he loves.”

That’s true. And is something to reflect on whenever fear is blocking your way forward. Maybe this quote can remind you to ask yourself, what is it that you really fear in the first place? Or in other words, what are you scared of losing?

“May I not desire to please or fear to displease anyone but you.” ~ The Wise Ordering of One’s Life, St. Thomas Aquinas

This is a good reminder for me to not seek validation elsewhere except above.

One of the thoughts I had last week was to combine my Dev blog and this journal into one. This is the 3rd or 4th time this idea has surfaced in my head. Soon I'm going to do something about it.

Caleb is starting to get better at walking unassisted. Last week, he was able to take 4 steps before falling down. Pretty soon, he is going to be walking away from Coney and me. He's growing up so fast!

The AC fan in my Mazdaspeed3 started to make a ticking noise last week. The sound goes away when I turn the fan off. Doesn't seem to be related to engine speed or the AC kicking in.

Anyway, I just spent money on a new clutch and a suspension refresh. So, getting another issue so soon is annoying. But the car also has over 106,000 miles already. So, it's not like this is an unexpected breakdown. Just hoping it is an easy and affordable fix. Repairing the car is still cheaper than buying a new car.

Listened to the Top Songs of 2020 playlist that Spotify generated for me. Without having gone through all the songs in the playlist, I have to say that “Skeletons” by Heartist has got to be one of, if not, my top song of 2020.

On the third episode now of the k-drama IRIS and it keeps getting better and better. I didn't have to wait for a few episodes for it to become entertaining. Love the soundtrack, the developing story and the characters. Oh and Kim Tae-hee is so pretty in this show.

Have gotten the wife addicted to Minecraft. Was talking to her about the stuff I learned in a tutorial for the game. She tried them out while playing on the Switch. Pretty soon she was buying the game on her old gaming PC. Thankfully, the game runs really well on that old gaming PC of hers. Unlike Minecraft Dungeons LOL.