I saw this post from QuietHabits and it reminded me of my own attempt at “dumbing” down my smartphone. I remember at one point I told my wife, “maybe I should get another Windows Phone?” I think she just rolled her eyes.

At one point I did own a Nokia Lumia 920 and I still miss it today. And yes Windows Phones had an app problem that was never really solved, which is why it would be perfect since there are less apps to distract you with.

My iPhone made me twitchy. It called to me from my pocket, the way the Ring called Bilbo Baggins.

I couldn't have said it any better. I had the same problem as him. I felt like my smartphone was calling to me, like the Ring did in LoTR. By the way, it was his post that helped me quit Facebook and helped curb down my smartphone addiction.

I won't go into all the details of what I did to try and curb my smartphone addiction, maybe it will be better to tackle that in another post, but I will tell you where I failed. I failed at not being able to remove the browser from my phone. And well the occasional use of Instagram, but really it is the browser that I spend the most time on. 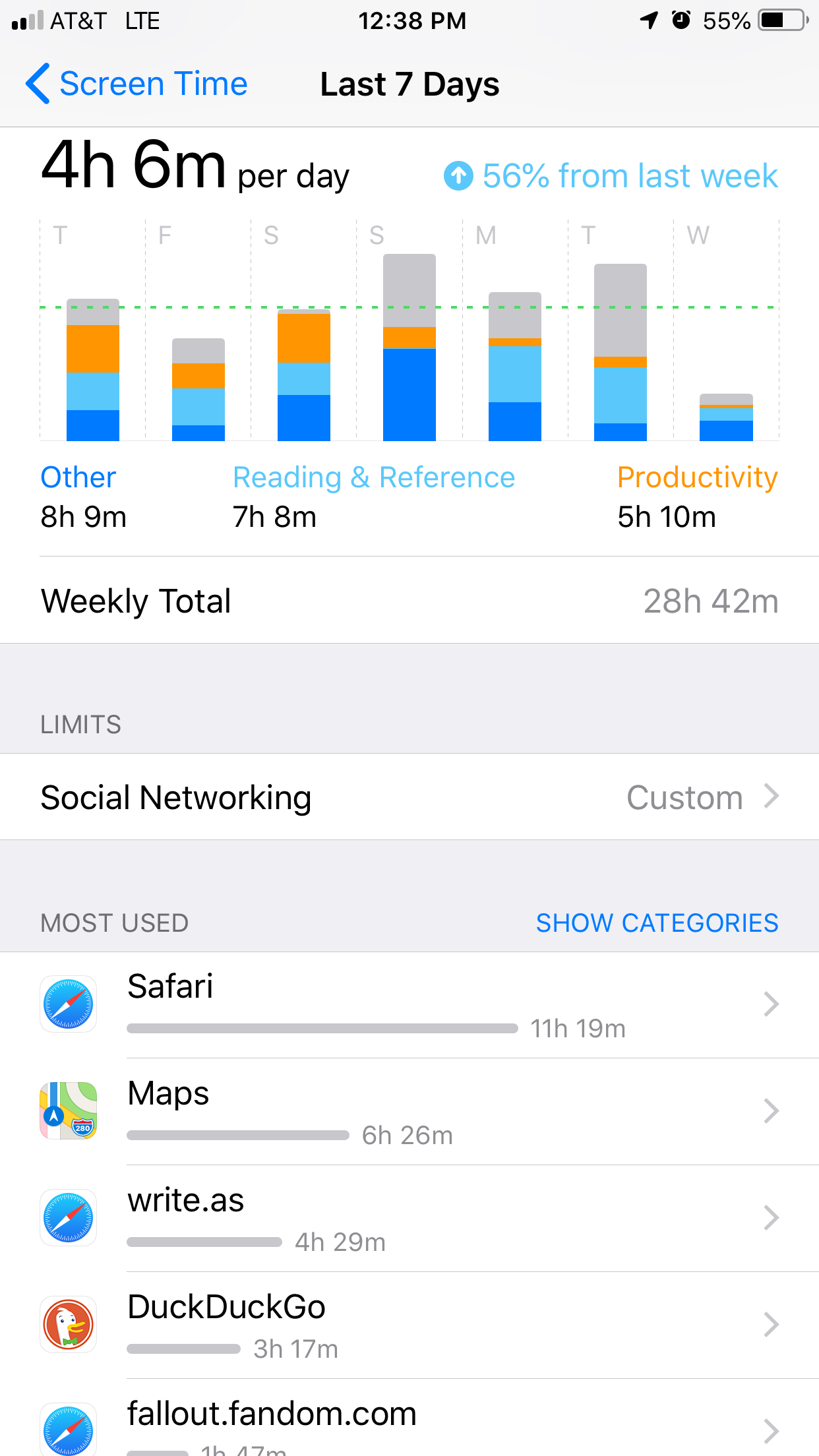 Lately I've even noticed that I am slowly becoming addicted to checking the read.write.as feed using the browser on my phone. The good thing is that I've already noticed it early on. Like my friend said, “knowing is half the battle.” I'll need to do something about that of course. It could be as easy as implementing a rule to not check the feed on my phone. Which would be really easy if I can keep browsers off my phone, but anyway I'll figure something out.