So in an old post from months ago, I talked about getting back to playing Lord of the Rings LCG. I never got to write a game log entry for it, so I'm doing one now. I played the Shadow and Flame scenario. So, if you have not played this scenario and don't want spoilers, then stop reading now.

As stated above, I was playing the Shadow and Flame scenario with a deck comprised of Elrond (Lore), Glorfindel (Spirit) and Legolas (Tactics); basically a tri-sphere deck with an Elven theme. In this scenario, you go up against Durin's Bane, the Balrog of Morgoth. This is the same Balrog that chased the Fellowship in Moria and that Gandalf ended up dueling with in the books. 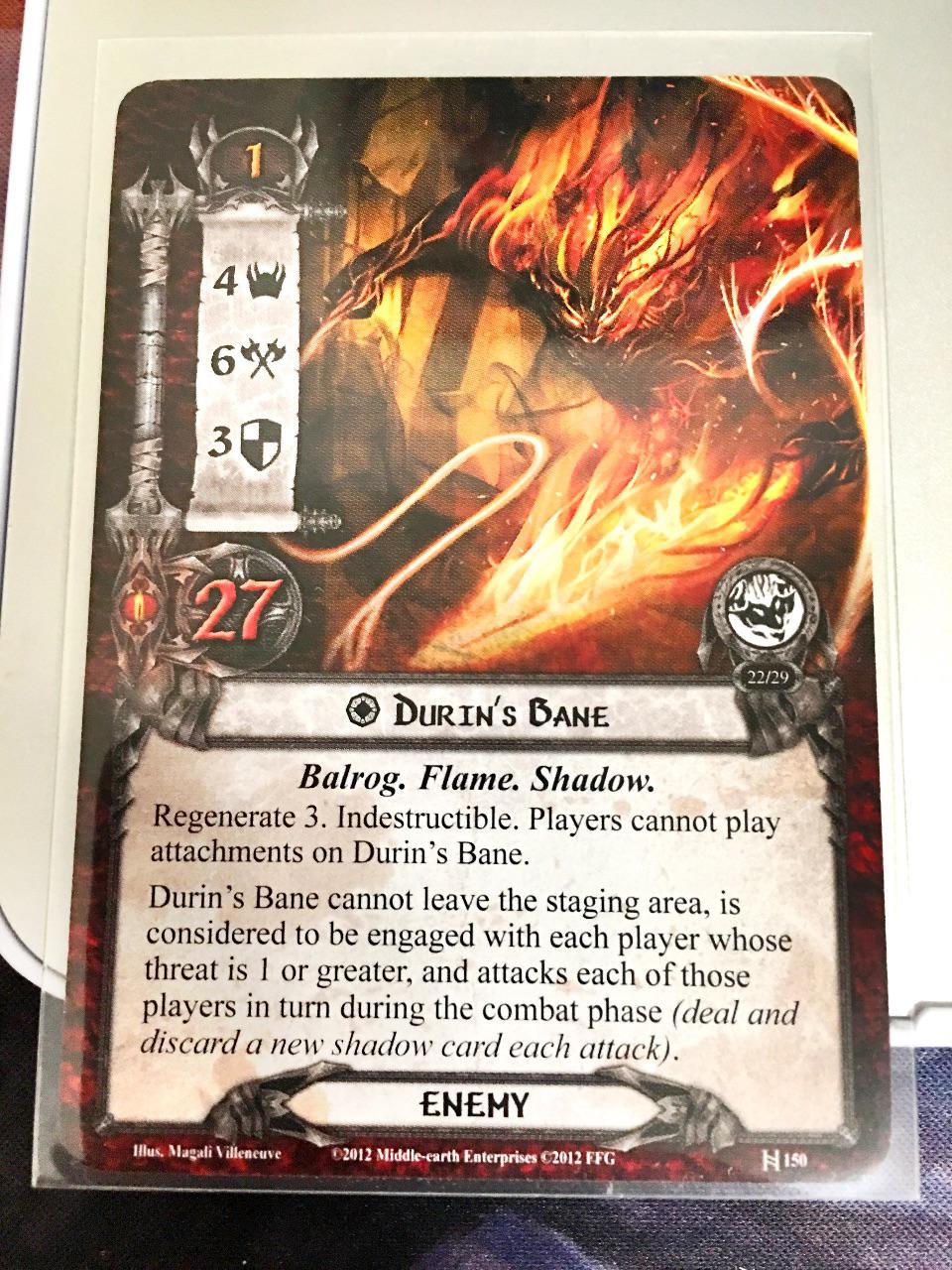 As you can see in the photo above, Durin's Bane is a monster! It attacks for 6 damage every turn. It has a defense stat of 3 and has a whopping 27 hit points. It has Regenerate and is Indestructible. It cannot leave the staging area, but more importantly it only has a Threat value of 1. This means that as soon as the game starts, you'll have to find a way to fend off its attacks. And if I remember correctly, it starts game already in the Staging area, so there's no way to hold it off. 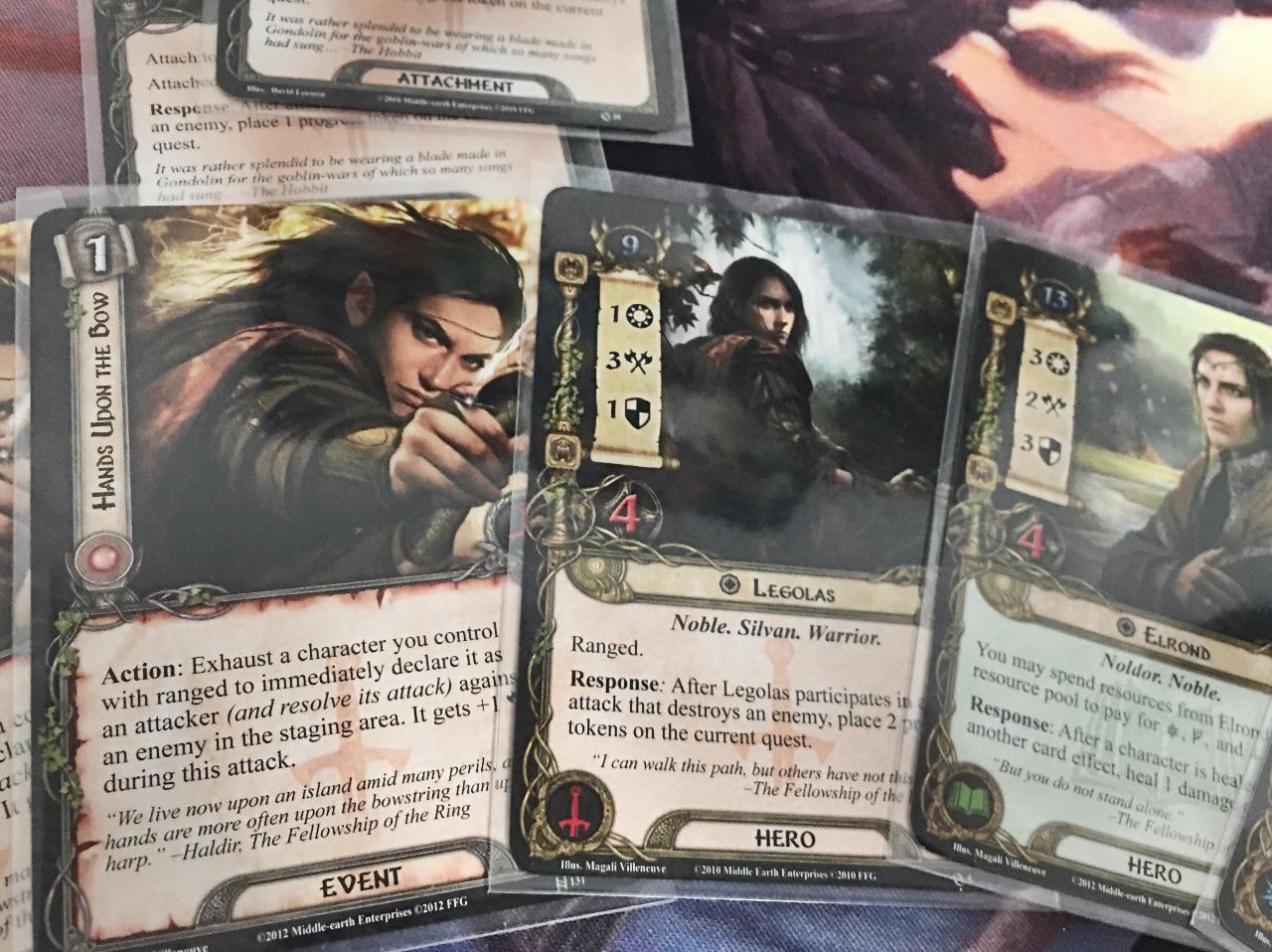 I mentioned above that I was using a deck with Elrond, Glorfindel and Legolas. When I designed that deck, I envisioned Elrond to be the defender, Glorfindel to be the quester and Legolas to be the attacker. As you can see in the image above, Elrond has a defense stat of 3, and he has 4 hit points. Not bad when going up against other LoTR LCG enemies, but totally lacking when facing Durin's Bane.

With an attack stat of 6, Durin's Bane will kill Glorfindel or Legolas in one attack. Elrond can fend off the attack for 1 round, but he will only have 1 hit point going into Round 2. That is not sustainable. This was not a battle I could win, which is essentially what happened. By Round 2, I conceded defeat, losing one of my heroes to Durin's Bane. Like I said in my previous post about LoTR LCG, this game is not for the faint of heart. Out of around 30 plays for this game, my win percentage is only 48%. It's a tough game. 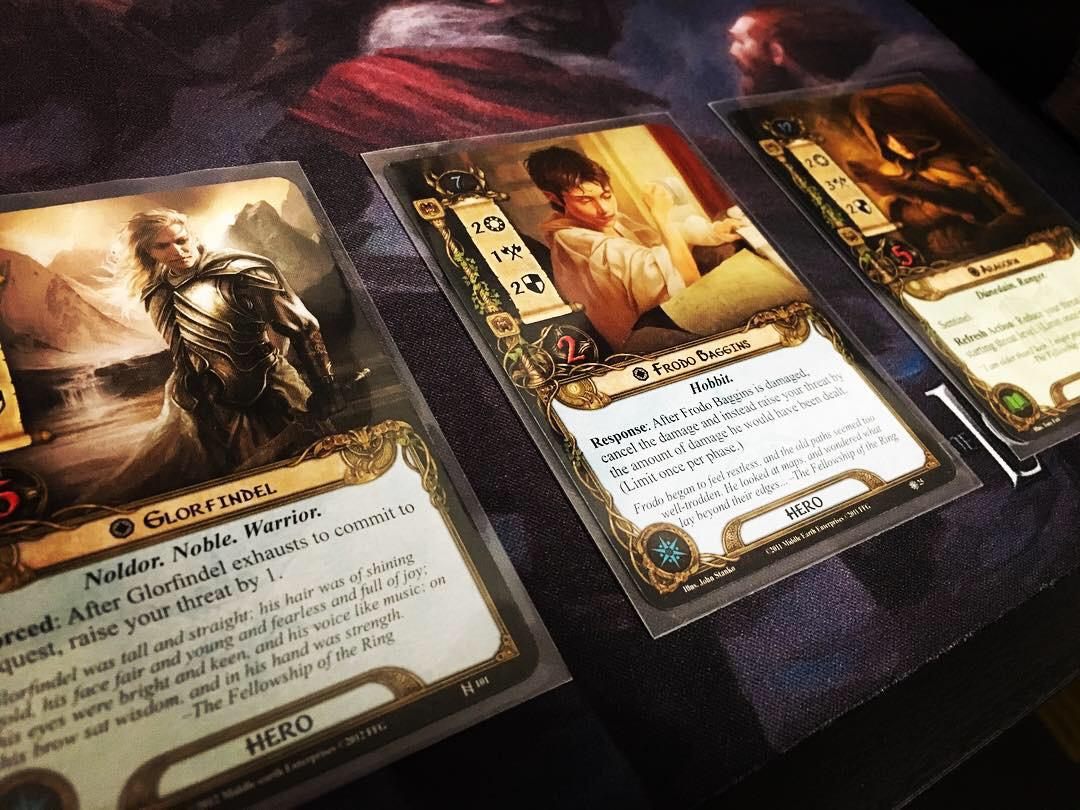 Anyway after that loss, I've thought about how I could defend against Durin's Bane when playing the Shadow and Flame scenario. The answer I came up with is Frodo. I don't know if you can read Frodo's ability from the photo I have above, but essentially he can absorb damage from an attack and redirect it to raising the party's threat level instead. This means that I can have Frodo defend against Durin's Bane every round without him dying. It helps that in this scenario, major spoiler coming up, you start the game with a very low threat level (I think you start with a Threat Level of 1). This, plus the fact that you have (Lore) Aragorn, someone who can reset the Threat Level to what it was at the start of the game, makes me think that this deck might have a better chance at beating the Shadow and Flame scenario.