Tried to watch the Infant CPR video — that we got from the hospital — on the Xbox One. It wouldn't recognize the DVD. So, we might have to watch it on a PC.

Never expected we would have a use case for a PC with a DVD drive in 2020. 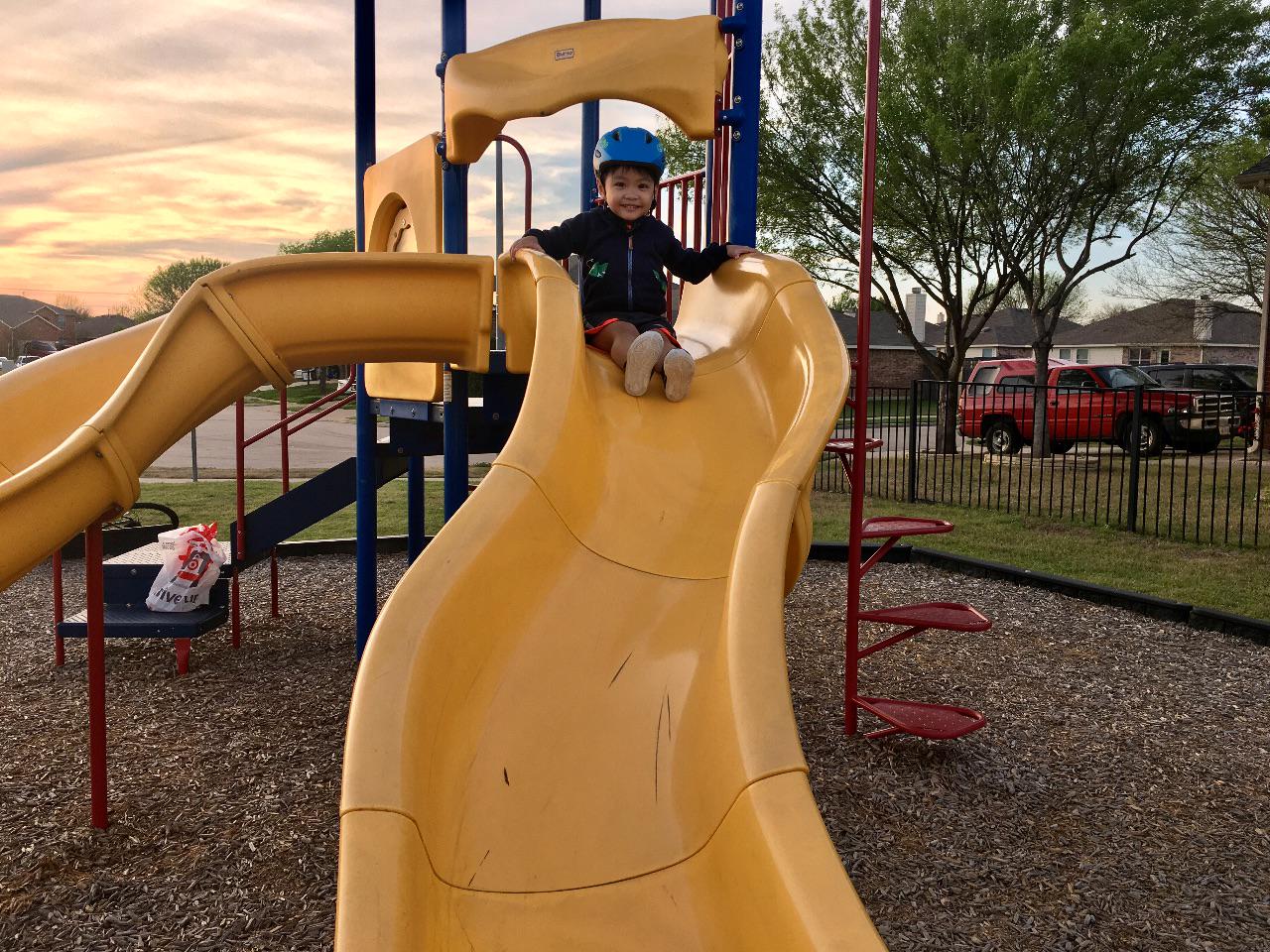 Davin at the playground

During our bike ride, I noticed that the neighborhood playground was empty. So, I decided to take him there. At the playground, Davin showed that he's no longer scared of slides. He quickly went up the steps and slid down. And then he did it again and again and again.

Meanwhile, during our bike ride, Baby Caleb started spitting up the milk he just drank. It was probably his worst spit up to date. Coney said that some of the milk came out of his nose. 😧 Poor guy. That must have hurt.

Me and Coney are not sure what's going on with his milk. We've already switched from the Enspire Gentlease to the Enfamil Neuro-Pro Gentlease. We were hoping he wouldn't have a problem with that, but he still does. One thing I've noticed, is that he does a lot better with “ready to drink” milk compared to powder milk. This observation holds true even if the powder milk is the same one as the “ready to drink” version.

Coney did some research on this and found that other parents reported the same thing. That their babies fare better on “ready to drink” versions of the same milk.

Took the day off because I wasn't feeling well. Woke myself up a couple of times overnight due to sneezing. After the sneezing came the coughing. My throat was so itchy, I could barely stop coughing. In light of the increased attention on avoiding the spread of viruses, I decided to just take the day off.

Since I had the day off, Coney and myself decided to watch more episodes of Crash Landing On You. Really good k-drama. No one can tell a love story like the South Koreans. Also, the love story in this show is like one for the ages. I might be exaggerating here. It is about forbidden love between a North Korean soldier and a South Korean woman.

Coney said that Baby Caleb vomited 4 times overnight after spitting up his milk. 😢

Still was a little sick, but took the day off mainly to help Coney take care of Baby Caleb. We also scheduled a pedia visit.

At the pedia clinic, I noticed that they took away the kids' toys in the lobby area. A precaution against the flu and virus going around.

The doctor thoroughly checked Baby Caleb, focusing specifically on his tummy. He didn't find anything wrong then, but he ordered a reflux sonogram just to rule out other possible complications.

I asked him if Caleb was congested. He said that his lungs were clear and that he didn't have any congestion.

Having a hard time keeping my bullet journal updated during my days off. I resorted to writing down short ones on my phone using OneNote.

Got to carry Davin today.

If I await desperately with prayers, will I see someone I miss? – Yoon Se-ri

You do it to live. If you give up on waiting, the pain of loss will kill you. That's why you wait. – Ri Jeong Hyeok

Some nice quotes from the show Crash Landing On You. 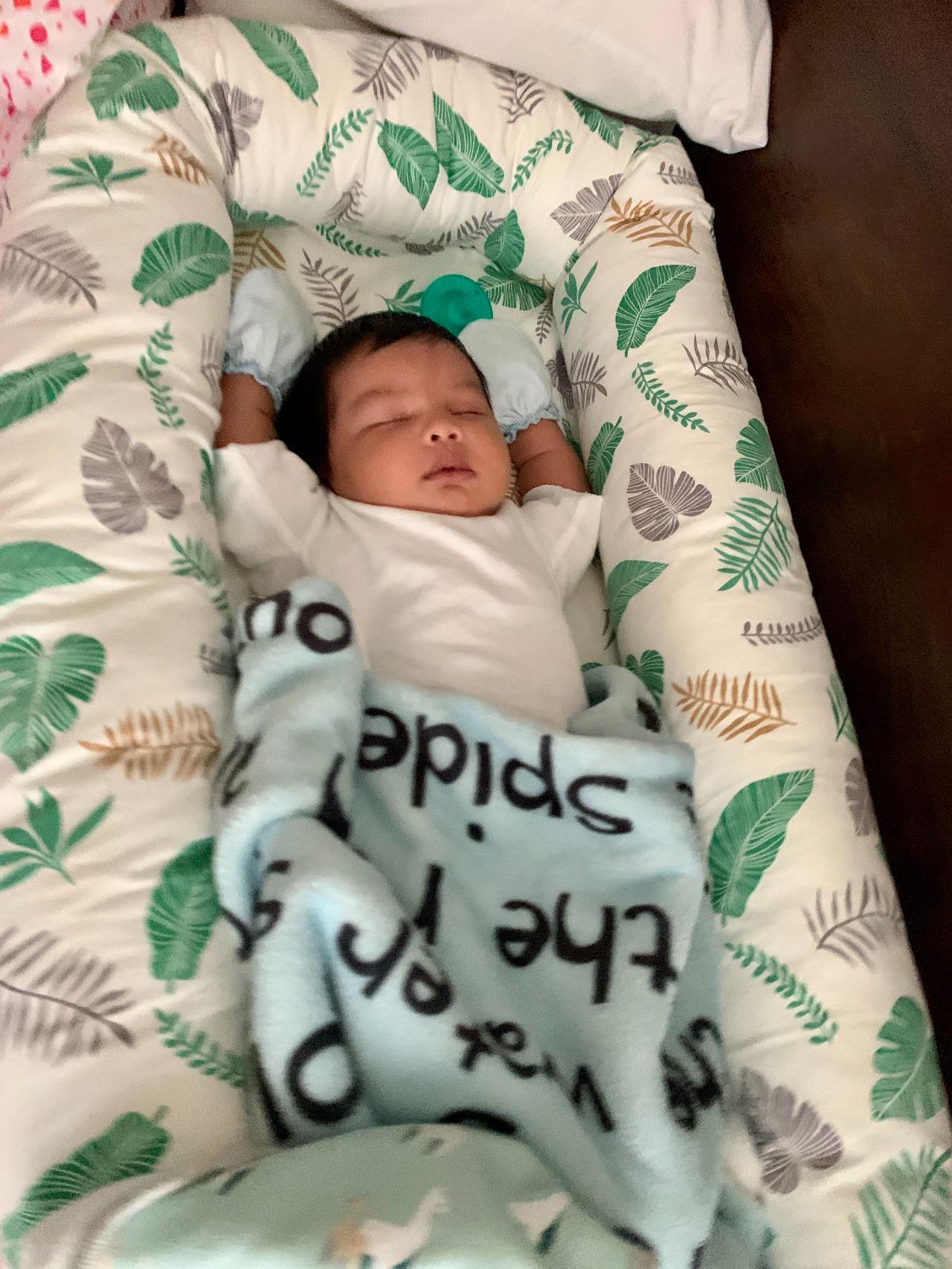 Baby Caleb sleeping in his Nest, on the bed.

Slept on the floor for the 2nd night in a row. This is so that Baby Caleb can sleep on the bed beside Coney. We decided on this so that Coney can quickly attend to Baby Caleb in case he starts spitting up or vomits while we sleep.

On that note, due to the new setup on the bed, Davin ended up sleeping on a new side of the bed. We placed pillows around him to try and stop him from falling, but he fell anyway. Thankfully, he fell on the pillow beside me, which was placed there for this exact scenario. Doesn't look like he hurt himself during the fall.

This post is Day 67 of my #100DaysToOffload challenge. Visit https://100daystooffload.com to get more info, or to get involved.