Went to Cook Children's Pediatrics for Baby Caleb's pedia visit. Nice place. The waiting area was bigger and had more engaging toys for kids, compared to the pedia clinic that Davin goes to. The room for the patient was a little smaller though. But like their waiting area, it was well furnished. It even had some toys that Davin liked. The nurse was good. Dr. Harris was pretty good with Baby Caleb. She did note that he didn't gain back enough weight yet. So, we need to focus on making sure he feeds well.

Took Davin to soccer class. It was the first time that we attended one without Coney. Davin initially waited for Coney to come with us, but after awhile, he eventually got into the car. He wasn't angry or sad.

Coney didn't go with us because we didn't want Baby Caleb out in the field. It has only been a few days since he was finally allowed to go home. 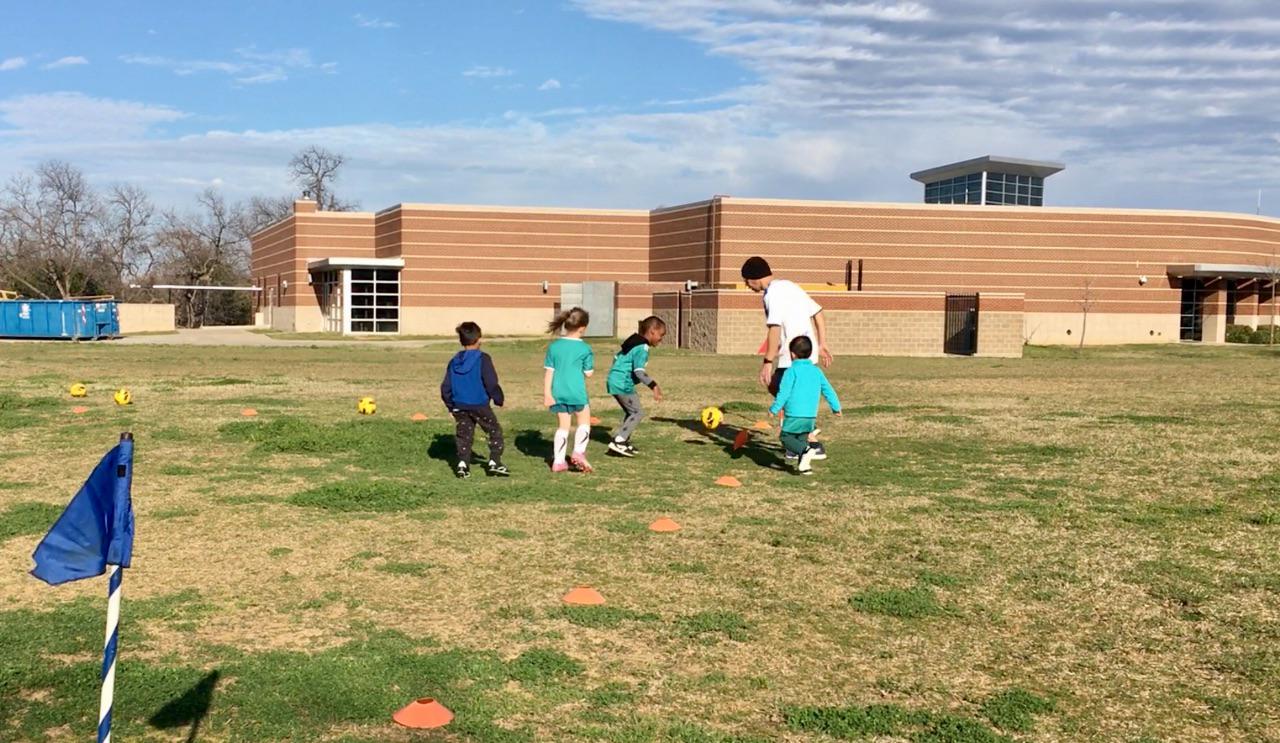 Hector didn't show up for soccer class, so Davin was the youngest kid out there. He was mostly at the tail end of the group as they chased Coach Robert around. But he was there and he was trying to keep up.

We noticed that Baby Caleb started spitting up yellowish fluid today. He did that a number of times today. He also seemed to be really gassy. I'm worried that he might have picked up the cold that I had. We think that he is having issues with the Enspire Gentlease formula milk that we've been giving him. Prior to him starting on that milk, he didn't really have any spit up problems at home. As an alternative, we started giving the Enfamil Neuro Pro Gentlease formula milk, to see if it's better for him.

Funny how when we finally got Baby Caleb home, I was like, “We've got this. We've had a newborn before. We know what to do.” Then he started spitting up and I slowly started questioning everything. “Is this really what a newborn should be doing?” Which then progressed to, “You know what? It's been 4 years since we've taken care of a newborn. I don't even remember what Davin was like when he was an infant.” And finally ending at, “I don't know what I'm doing...” 😂

Coronavirus is making its way around the world. In Italy, they had to put millions of people under quarantine. That is crazy! Truth be told, if I was in the government, I would be shutting everything down. We only need to shut down for 2-3 months to make sure the virus is contained. Then we can open up and go back to normal.

Note that these journal entries were written down months ago. In hindsight, shutting down for 2-3 months might still not be enough time to contain the spread of the virus. But man, if the US did shut down a lot earlier, I can't help but think that a lot of lives would have been saved.

I have to say, each day that goes by, the world is getting closer to what is depicted in the video game Tom Clancy's The Division.

I figured out that I could avoid buying NBA 2K20, by downloading the latest user created roster in NBA 2K19.

This post is Day 65 of my #100DaysToOffload challenge. Visit https://100daystooffload.com to get more info, or to get involved.