After work, I picked up Coney and Davin. I drove them to the hospital. Dropped off Coney at the NICU so she can visit Baby Caleb. 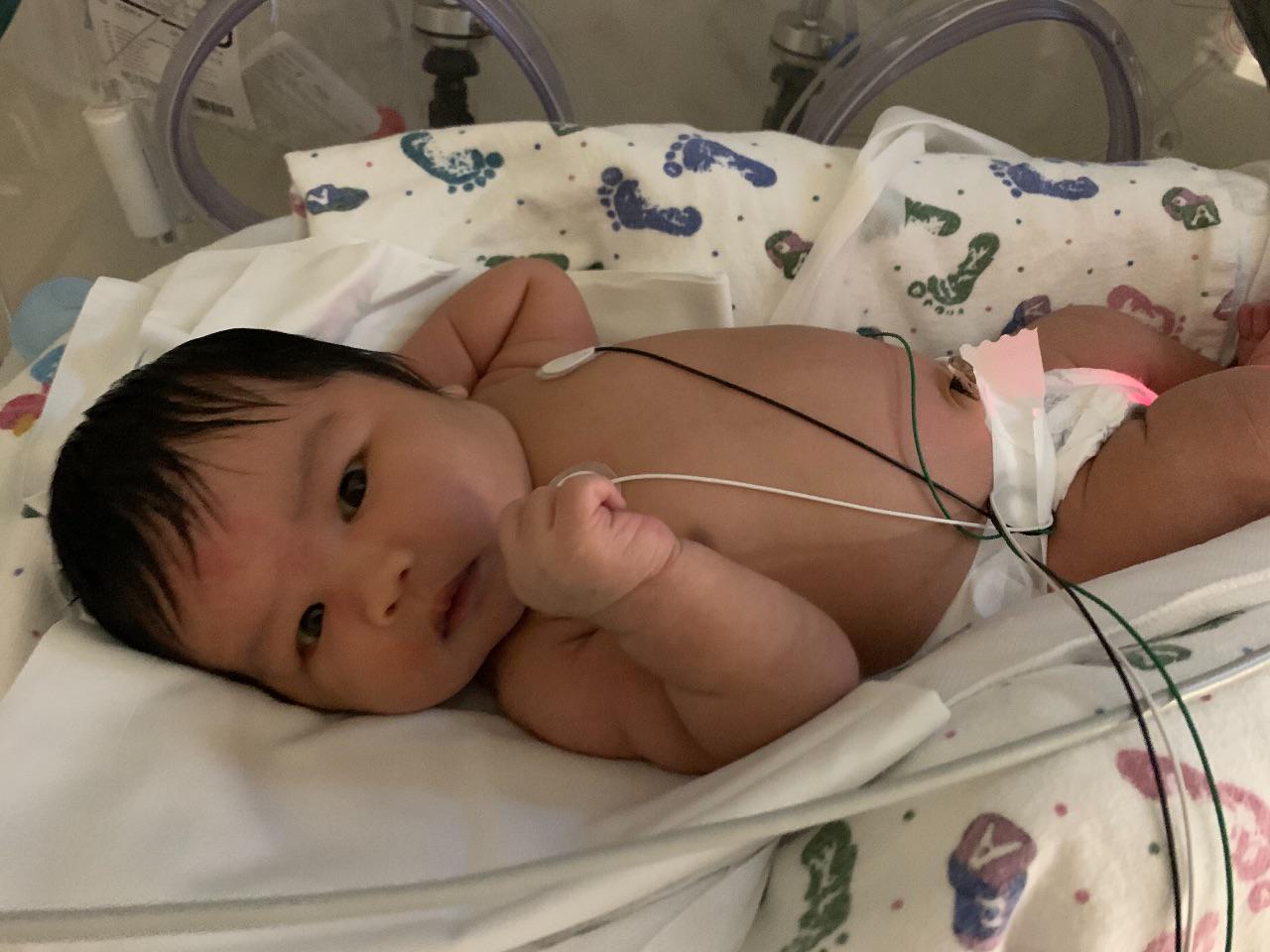 Coney said that when she got into the room, Baby Caleb was wide awake. He no longer had any photo-therapy lights on. So, I guess that means his jaundice is at an acceptable level now. The nurse said that if all goes well, he will be able to go home with us tomorrow. I'm really excited for him to finally come home with us.

Davin is no longer scared of my sister's boyfriend. It only took him close to 4 years to warm up to him.😄

Since we've started visiting Baby Caleb after I get off from work, I've lost the time I had to exercise at home. I need to figure out how I can squeeze in some exercises while Caleb is still at the NICU.

Doctor from the NICU called Coney this morning. He said that Caleb started throwing up last night. They did an x-ray on him and found that he had a lot of gas in his tummy. So, they are switching his milk and will be observing him today. That also means that he won't get to go home today.😥

Nurse from NICU called and asked Coney to room in with Caleb tonight — with the possibility of taking him home tomorrow. So, instead of taking a half-day off tomorrow, I'm taking a whole day off.

Dropped off Coney at the hospital. I was worried that Davin might cry after dropping off Coney and going straight home, but he's been good about it. I think he's old enough now to understand that we will just pick up Coney tomorrow.

Tonight is the first night where I have to take care of Davin all on my own. Dinner went well. I was able to get him to eat real food, instead of just chocolate and cookies.

Doris Burke is an amazing commentator. Her analysis of the game of basketball is so good. You end up learning new things about how to play the game while listening to her. Her comments on how to defend were enlightening. I think you could learn a lot by watching games she is commentating on. I am now a fan.

This post is Day 62 of my #100DaysToOffload challenge. Visit https://100daystooffload.com to get more info, or to get involved.