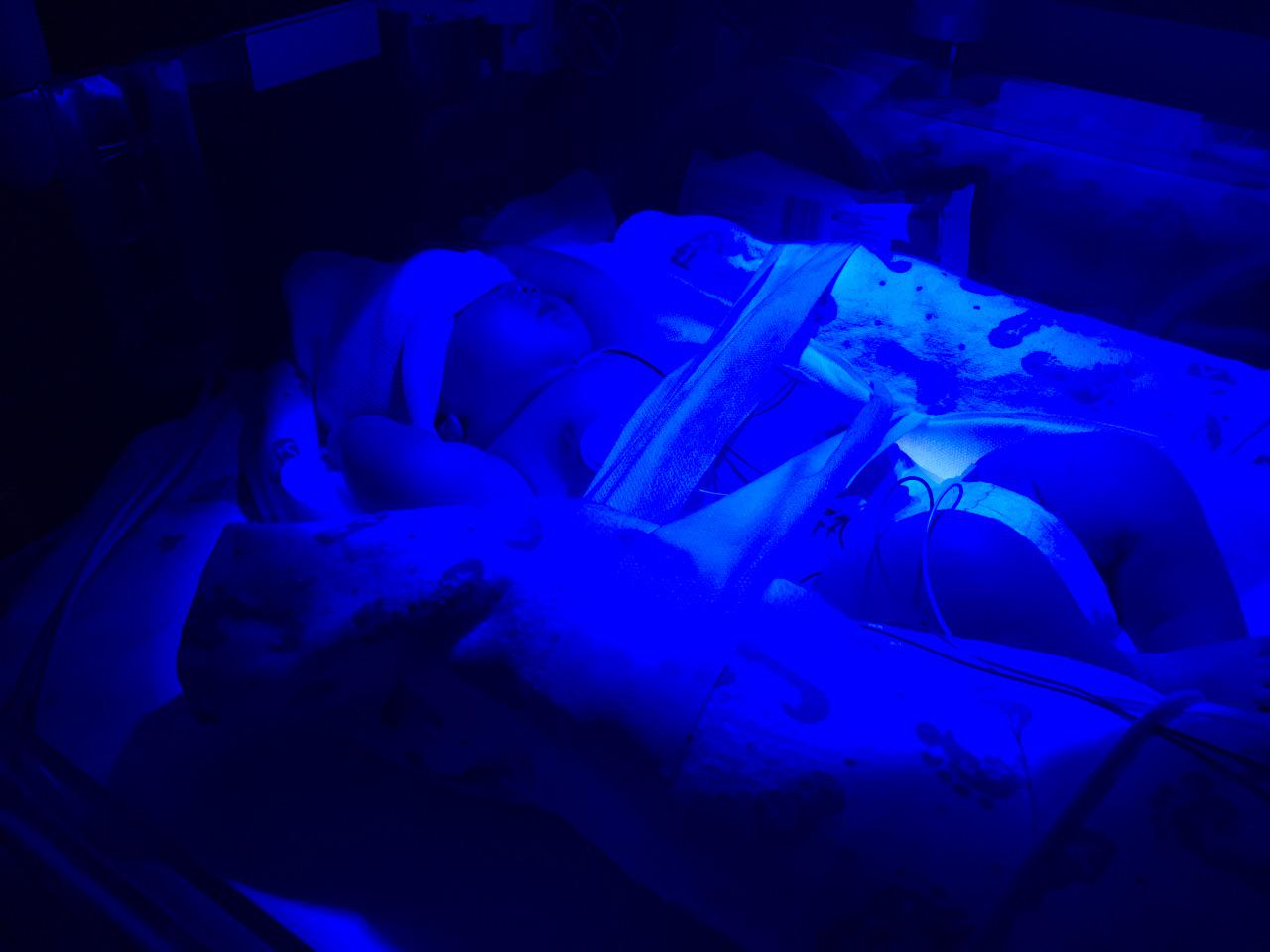 Visited Baby Caleb at the NICU today. He was in his own room. It was located all the way back, at the end of the hallway. He had two lights still on him. He was sound asleep when I arrived. I said “Hi”, though not loud enough to wake him up. I waited for the nurse to arrive.

When the nurse did arrive, she was bringing along his chart. He has been feeding well. He drank up to 80 ml of milk, which is twice as much as when I was trying to feed him. That's good news.

Another bit of good news is that his bilirubin/jaundice levels has gone down from 14 to 12.8. The doctor will not allow him to go home until the level drops below 10. So, he still has some ways to go.

After the nurse left, I decided to hang out for a little while longer. It is sad to think that he would spend his day mostly alone in that room. But such is the case for other NICU babies. They're all in the same boat. They all have to get better before their parents can take them home. So please get better! Not just our Baby Caleb, but every other baby in the NICU.

I decided to pray over Baby Caleb. I asked God to send the Holy Spirit to heal him and keep him safe. After praying, I envisioned the two angels that were with us in the room: my guardian angel and Baby Caleb's guardian angel.

Coney and Davin were waiting for me in the hospital parking lot. Davin is too young to be allowed into the NICU. So, Coney and I take turns visiting Baby Caleb. Anyway, the time has come for me to leave. I got up, brushed his chubby cheeks and said my goodbye. I cannot wait for the day when we finally get to take him home with us.

We tried the Papa John's Papadias for dinner. The Grilled BBQ Chicken & Bacon Papadia was similar to Panera's BBQ Chicken Panini. I would argue that the one from Panera is a better option, because it actually comes with veggies. Coney got the Meatball & Pepperoni Papadia and she liked it. The Italian Papadia was just... okay.

Cliff-hanger ending on Episode 6 of Crash Landing On You is really good! This is a really good show.

This post is Day 60of my #100DaysToOffload challenge. Visit https://100daystooffload.com to get more info, or to get involved.