That said, it is rewarding for me to watch him play soccer in a class setting. Even if he makes mistakes, he'll keep at it. He doesn't even want to take water breaks. He also never seems to run out of energy.

Note that the entry above was written down months ago. Soccer classes still have not resumed because of the pandemic.

Moved Davin's car seat from behind the front passenger seat, to behind the driver's seat. It is a little tighter for him now (especially in my Speed3), so he has to be carried into the seat. Previously, he would get up on the seat himself.

I test fitted Baby Caleb's infant car seat, but did not install the car seat base yet. We need to buy another car seat protector to put on before I install it.

Assembled the Britax B-Lively stroller. It was very easy to assemble. Installed the infant car seat receivers on it. For some reason, the car seat doesn't cleanly attach and detach from the stroller. A bit of a disappointment, but not enough of a bother to return it. We can live with it. 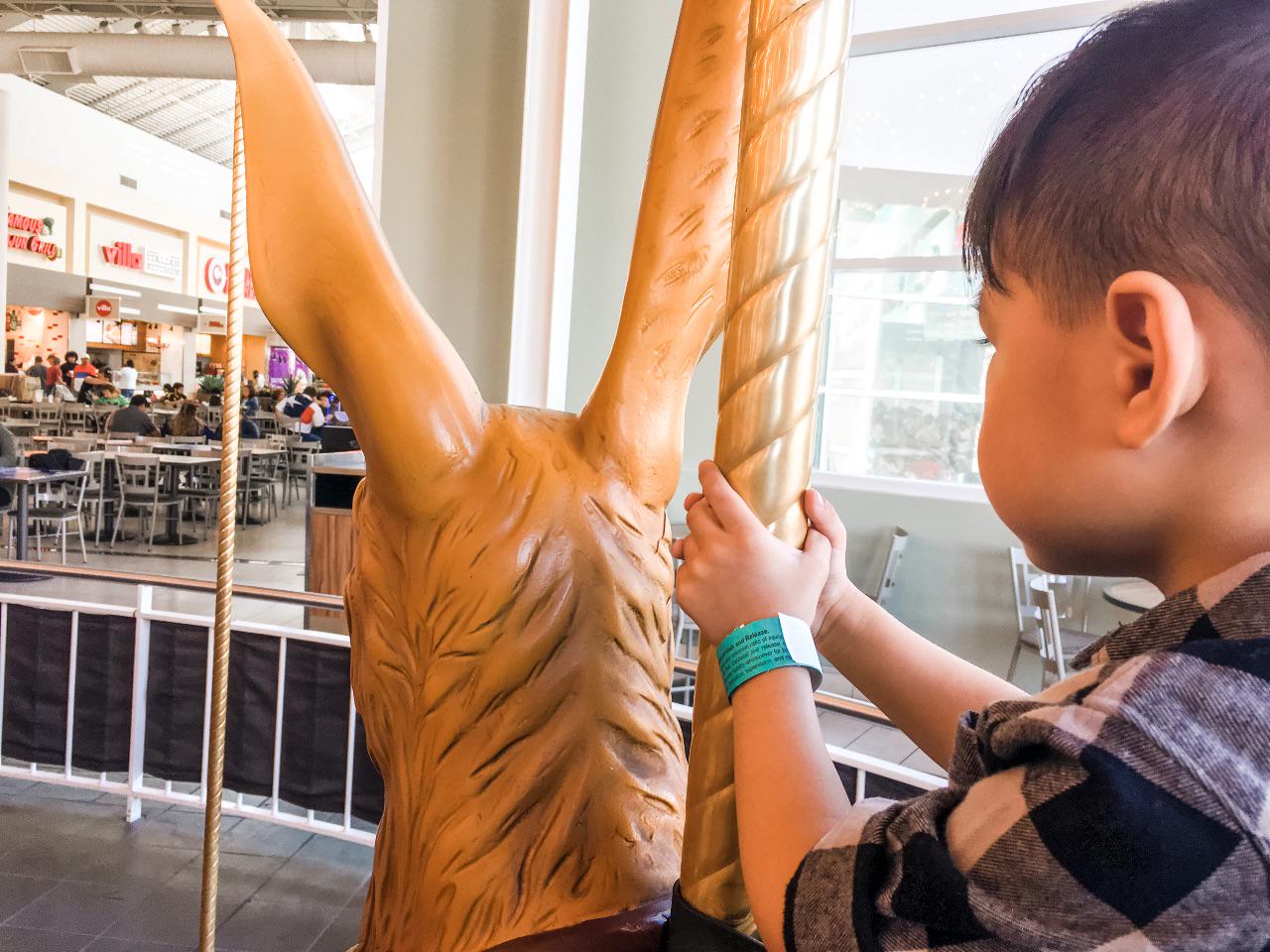 It is the last week where Davin is still our only child. So, we thought it would be a good day to have him enjoy himself. After going to Mass, we took Davin to ride the carousel at the mall.

After an hour of riding the carousel, we intended to take him to the new playground that opened up near our home. Unfortunately, due to the unusually great weather, everyone else had the same idea. When we got to the playground, it was packed. We couldn't even find a parking spot. So, we decided to take him to another playground instead. This one was located at the park where we go ride our bikes. This turned out to be a great idea. There wasn't that much people there, so Davin could explore the whole playground freely.

Davin is still scared of slides, but that playground had a good variety of slides for all ages. It gave him an opportunity to try them all out at his own pace. Pretty soon Davin was sliding around the even bigger and faster slides. 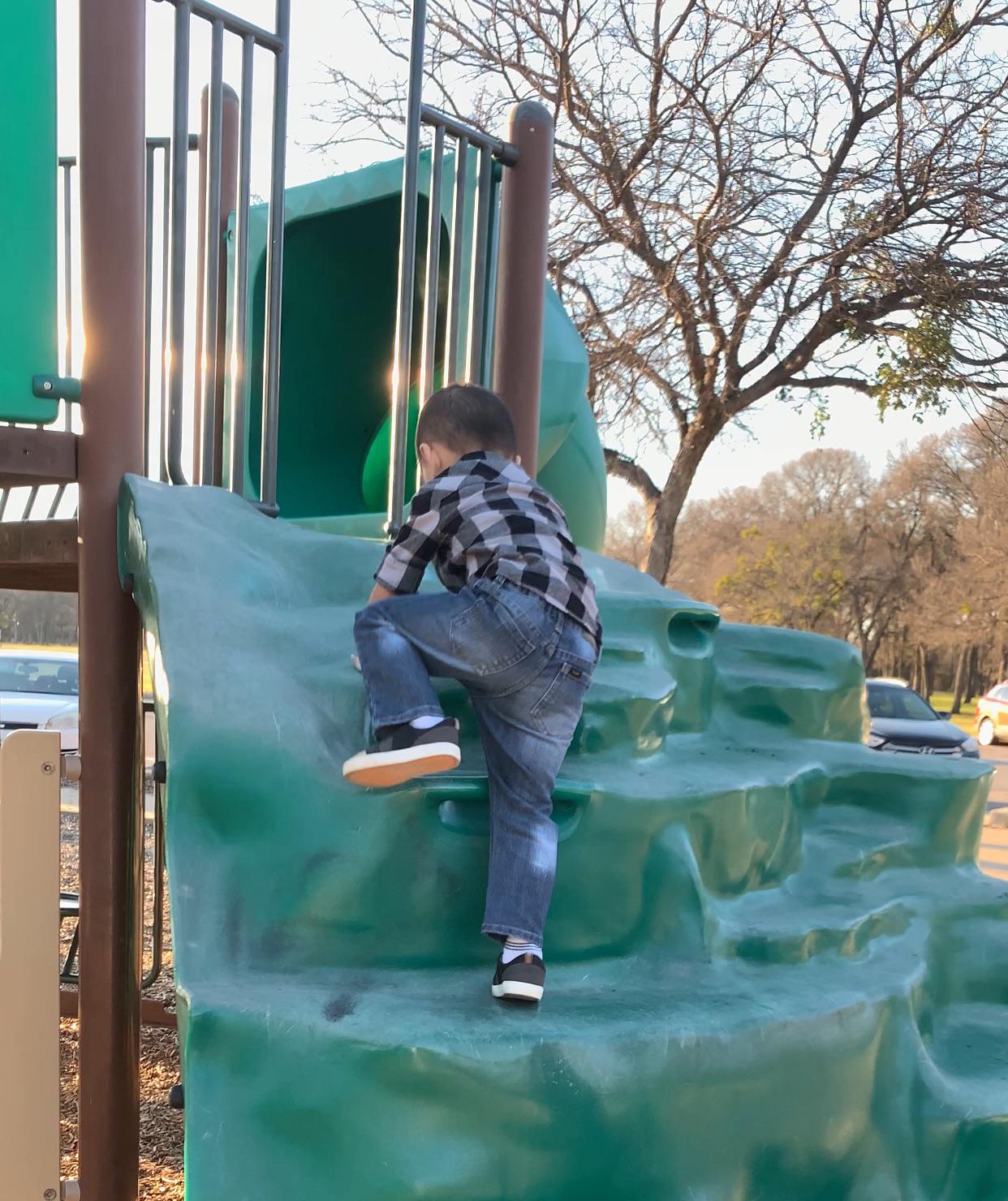 There was a wall climbing obstacle at the playground. Davin initially had trouble climbing up. As he was slowly making his way up, he was getting passed by smaller, younger kids who had no trouble climbing up quickly and confidently. It's just another reason to take Davin to the playground more often. We don't take Davin to outdoor playgrounds. In fact, this was the first time we've taken him to one. We need to do this more often. And we intend to, especially when Baby Caleb is a little older.

Unfortunately with the pandemic still raging, we're not taking Davin to a playground anytime soon.

After spending time at the playground, Davin wanted to go eat at Raising Cane's. So, we took him there even if we were just there yesterday. After eating some great chicken fingers at Raising Cane's, we finally went home.

At home, I assembled Baby Caleb's playard. We moved my table out of the room to make space for the playard. We're almost ready for Baby Caleb to come out.

And with this entry, I've finally reached the end of my first Bullet Journal.

This post is Day 17 of my #100DaysToOffload challenge. Visit https://100daystooffload.com to get more info, or to get involved.