Here's a math trick my elementary teacher taught me for quickly doing additions using only your mind:

Break down the numbers into multiples of 5 or 10 to make additions easier, then subtract what's left to end up at the correct value.

Davin and Caleb, you can use this trick when you start going to school.

If you want to listen to God's words, attend Mass at Church (or in our case nowadays, via TV or the internet). There is a reason why the lector says, “Word of the Lord,” and the people respond, “Thanks be to God.” It is because at that very moment, God has spoken.

Cal: “You're still struggling with the dark side.”

Cere: “There is always a struggle, but that is the test. It's the fighting that makes us who we are.”

Family dinner at Filipino restaurant. Their Crispy Pork Belly Sisig was so good. And so was their Boneless Bangus (Milkfish).

While Davin was playing in the living room, I ended up watching the first episode of The Messiah on Netflix. A very, very interesting show. I'm excited to watch the next episode.

I'm starting to see a benefit with migrating tasks from the Weekly Log into the Daily Log. The benefit being that it forces me to re-evaluate how important a task is. Another benefit is that it is easier to look up tasks since all I have to do is look up the current day's Daily Log.

I've found a new benefit from reading articles on Aeon; it seems to be a good place to find new books to read. Most of the authors are academics and most have written a book very recently.

Can't believe I've never thought of this before, but to customize the URL/slug for a Write.as post, you can publish the post with your preferred URL/slug as the title, then simply edit the title afterwards. Write.as will keep the original URL/slug even after you change the title.

Just got my first alert from my home city's emergency services. It was a text message for a Tornado Watch near my home. This is great because I don't need to rely on a smartphone app to get emergency notifications. I could be in an area without Wifi or LTE, but still get an alert because it comes as a simple text message. I also did get the same alert via email.

So an idea I was implementing was the use of hashtags beside entries on my Bullet Journal. It helps me easily tag the type of entry I've written. What it doesn't do is help me track the various pages using the same hashtag, because, well it is just a notebook. To overcome that, I think I can index the occurrences of a specific hashtag in my Bullet Journal's table of contents. This would negate the need for a separate collection for certain types of posts.

After registering Davin for his next set of soccer classes, we dropped by the mall. Davin wanted to ride the carousel, but unfortunately we didn't have any cash on us. We couldn't find an ATM machine nearby so we intended to drive to a nearby bank to get cash. Davin couldn't understand that and threw a tantrum as he thought we were going home. So, we decided that I was going to drive to the bank, while Coney and Davin would go back inside and wait for me to get back. Thankfully, on their way back, Coney spotted a working ATM machine and she was able to get some cash to pay for the carousel ride. Lesson learned here is to always bring cash when bringing kids to a mall. 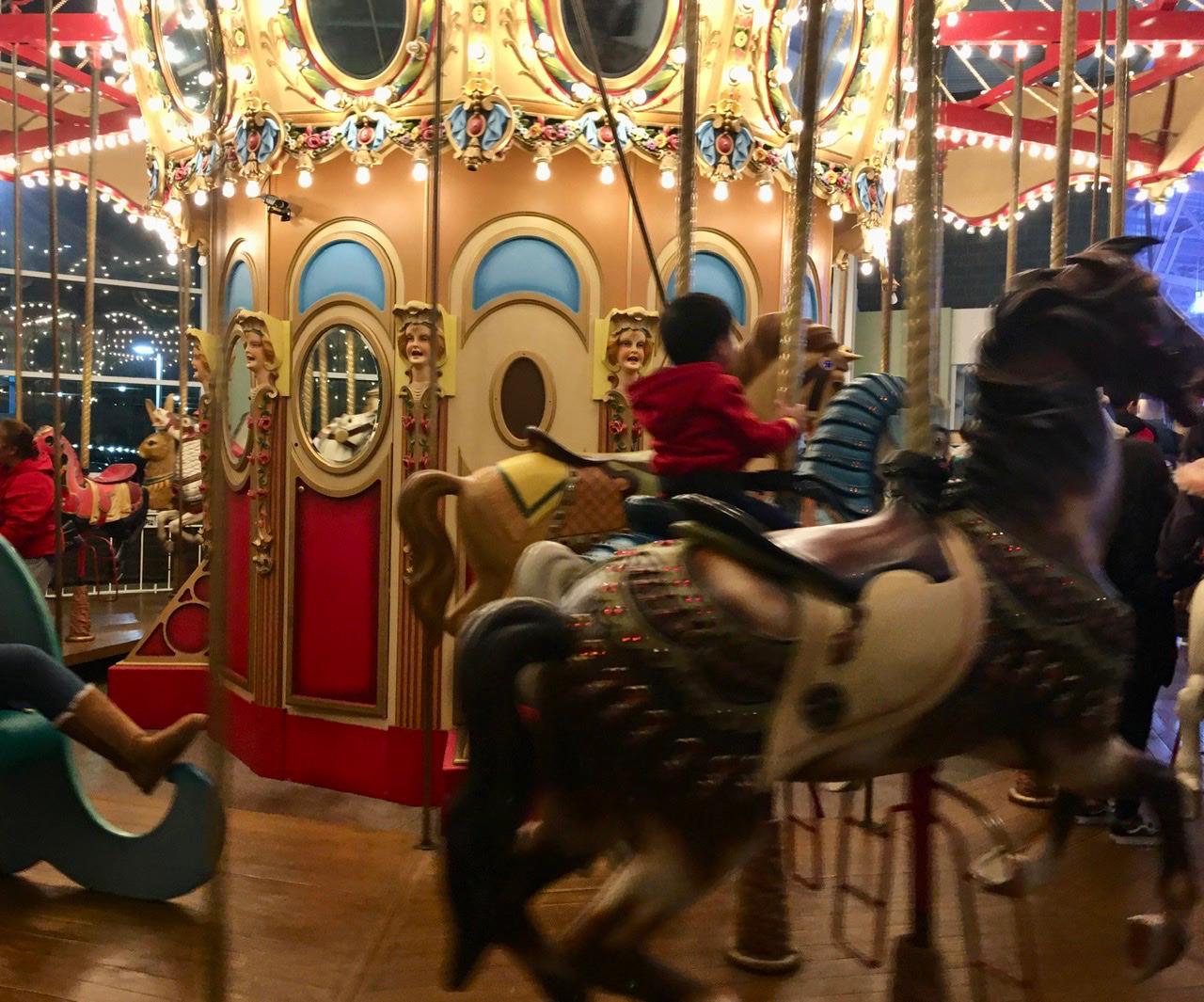 The wireless backup camera didn't work again today. This time the monitor was turning on, but there was no feed from the camera. Last Thursday, the connection between the camera and the monitor was flaky. The camera feed would turn on then off. It did that over and over again. It is getting to the point where I'm seriously considering returning it to Amazon.

Woke up with a chill today. Felt like I was sick. Took awhile for my body temp to warm up. After it did, I was then dealing with a headache/neck-ache.

Barely did any workouts during this week. The problem was that things came up after I get home from work, which means that I didn't have time to exercise anymore. I'm now considering doing my workouts in the morning. The reason I wasn't working out in the morning was because I've stopped eating breakfast at home. If I workout in the morning, it will force me to have to eat breakfast earlier than I want to. I suppose I can get around that by only working out on certain days. That way, I can still delay breakfast on other days of the week.

Today I taught Davin how to use the Xbox controller so he can watch Cars on the Disney+ app. That might have been a bad idea since he now prefers to watch on the Xbox. Oh well, that just means that instead of using the Xbox, I'll be doing something else instead, like reading more books or doing some recreational programming.