New character introduction to this series. If you've been following my journal entries, then you've surely read of Davin, my firstborn son. In this entry, I introduce my wife, Coney. This is mainly so I can stop referring to her always as “the wife”, “my wife”, “wifey”, etc... and instead address her by her name.

Coney says the tire pressure light on the CX-5 turned on again. This is after having filled it up with air last Monday. Maybe we simply need to get rid of that bad tire. At the very least, I have to buy two brand new tires if need be, since the rest of the tires are almost worn out already.

A post on Read.Write.As has motivated me to look into how I can decrease the number of marketing mails that I get. – I didn't really find an easy way that this could be done here in the US other than what's listed in this FAQ entry from USPS.

Tried Soba Noodles from Panera and I didn't really like it. Also, noodle soup is probably the worst meal to eat during lunch, especially when you're wearing a nice dress shirt. Just trying to eat the noodles, even when I was being careful, would sprinkle some soup into my dress shirt.

So, it turns out the CX-5 had a nail in one of the tires, most likely that bad tire that's been running out of air frequently. Coney had it taken care off at the dealership. She also got them to fix the hatch handle, which apparently was put on backwards the last time I was there to get the rear spoiler tightened.

Took the family to see a popular drive-thru Christmas lights show in the evening. The line wasn't long to start with, but progress was slow just trying to make our way to the entrance. Our experience was almost ruined by a bunch of fools in a white Ford Explorer. Instead of staying in the car and quietly enjoying the lights while driving through the park, these fools started opening up their car windows and doors. Some passengers were riding with half of their bodies outside the windows. Other passengers were riding on the back of the SUV with the trunk/hatch open. The driver, well he was the driver before they started making a scene, was riding/sitting on the edge of the driver side front window. The guy sitting in the trunk started standing up on the back of their SUV. They all had their phones out, fork me. There was one guy who got off and started taking photos and videos on foot, causing me to have to be extra cautious so I don't accidentally run him over.

At one point during the drive, actually at multiple points during the drive, they stopped because for some reason kids that were riding in the SUV in front of us, had to be transferred to the care of their cohorts in the SUV behind us. By the way their cohorts in the SUV behind us, were doing the same freaking thing. They also had their annoying music blasting out of their SUV, totally ruining the ambience. It honestly took every ounce of patience I had to not scream profanities at them. I kept hoping to find some police stationed along the route so that they will get their act together, but no luck. I'll remember to email the event organizers and tell them about this experience, so hopefully it won't happen to anyone else. 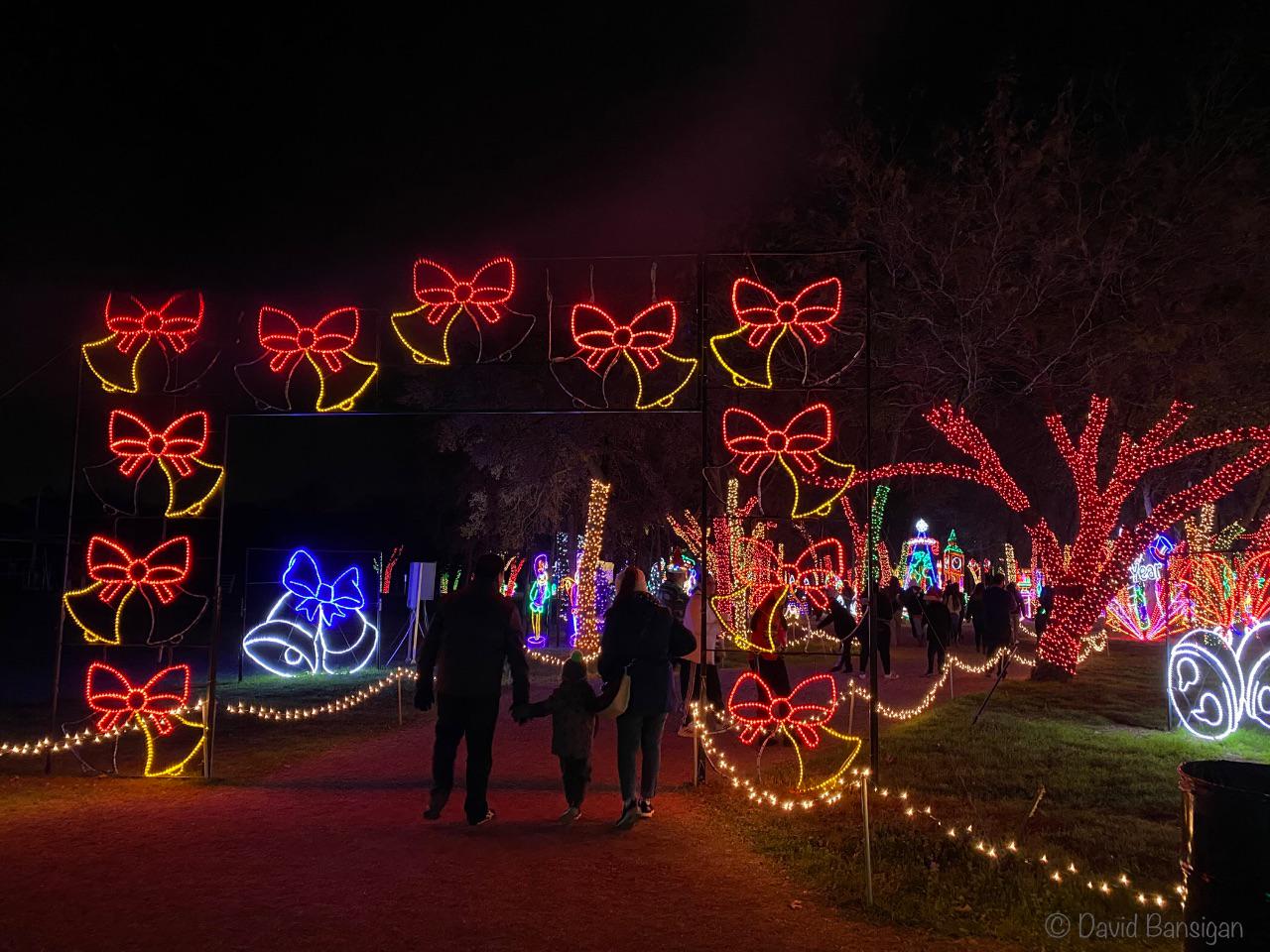 Thankfully, we reached the parking lot where we got to leave the car and walk around. It was windy, which made it very cold. We did the walk around with Davin. He kept trying to move when my brother took our picture. Coney bought him some toys and then we went home.

Before going to bed, Coney noticed that Davin had a fever. He was coughing the whole night but was stubbornly refusing to drink water.

Got up so slow this morning. Almost wanted to just take the day off, but thankfully managed to get myself to the office. To do so, I had to remind myself how much money I'm losing by being lazy and not going to work.

When the angel Gabriel told Mary, she was going to bear a son, it amazes me how she just accepts it and says, “I am the handmaid of the Lord. May it be done to me according to His will.” I never really understood what that meant, until today. Mary knows and trusts that God has a plan for her, and instead of trying to control her destiny like most people often do, she just goes along with God's plan. I guess this is a prime example of having faith.

Listened to the Top 50 Rock Songs of 2019 countdown and here are the good songs I found on that list:

Reminder to self, write a music log entry for those songs.

Davin was not feeling well. I told Coney to ask the clinic if he should be seen today. They had an opening at 4pm, so we decided to take Davin for a check-up. Unfortunately, since I drove Coney's car to the office, I had to take the rest of the day off. Next time, I shouldn't take her car to work if Davin is sick.

Before picking up Davin's meds, we stopped by Sonic for some fast food. I got the Sonic Super Double Cheeseburger with mayo, mustard and ketchup on it. It was not bad at all! I also got their Reese's Peanut Butter Cup Sonic Blast. That was a different story and it gave me a stomachache afterwards.

Davin still had fever, but after the 1st dosage of antibiotics, his fever immediately went down a few hours after.

Tried to watch Star Wars Episode 7, because we were watching Episode 9 the next day, but couldn't finish it because I was so sleepy. Had to wake up and make a few trips to the restroom because of that darn Reese's Peanut Butter Cup Sonic Blast.